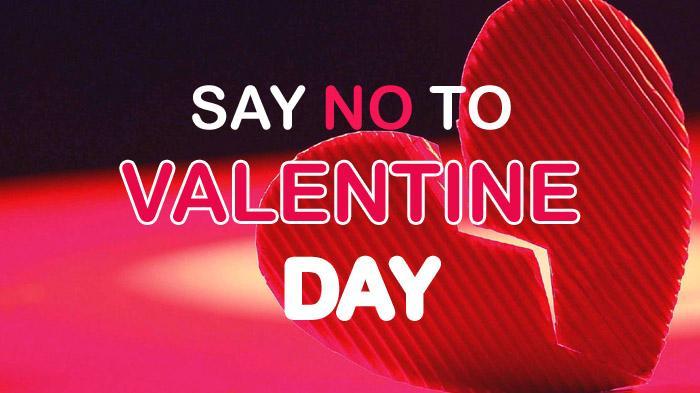 First: Its origin goes back to the Romans; it was originally called Cupid’s (Roman god of love) Day; so recognizing it is recognition of idolatry because it is imitation of the idolaters.

Second: It is blind following of the Jews and Christians, and the Messenger of Allāh (Sallallaahu alaihi wa sallam) informed us of this.

‘You will follow the ways of those who came before you’ it was said, ‘The Jews and Christians?’ He said, ‘And what other nation (could I mean) besides those? and in another wording, ‘The Persians and the Romans

Third: It is imitation of the disbelievers in general. The Messenger of Allāh (Sallallaahu alaihi wa sallam) stated, ‘Whoever imitates a people, he is from them.

Fourth: It is an innovation that has been newly introduced by the people, and whoever innovates in this aﬀair of ours that which is not from it, it is rejected.

Fifth: It is an abomination, and everything that takes place in its observance is an abomination from the meeting up of young men and women, the correspondence that takes place between them, the sending of heart-shaped Valentine’s and what is similar to this of nonsense. All of this is imitation of the West, and we have been prohibited from imitating (the disbelieving people).

Sixth: Even those who are sensible among them (i.e. the disbelievers) have prohibited celebrating this holiday, until—I believe I heard that the Vatican, the distorted Christian Church, is stern in their prohibition of this matter.

Last: It is based upon a great myth concerning what is called love and what it leads to from corruption. So love, in their view, is merely fornication and what leads to it. Thus, it is upon us to be wary of imitating these disbelieving people.

I believe this answer is adequate, and as I have previously mentioned, I have elaborated on this in the khutbah (Friday sermon). So we will suﬃce with this, and I commend you (to Allah’s protection) until tomorrow’s lesson. May the prayers and peace be upon the our Prophet Muhammad (Sallallaahu alaihi wa sallam), his family and companions.”