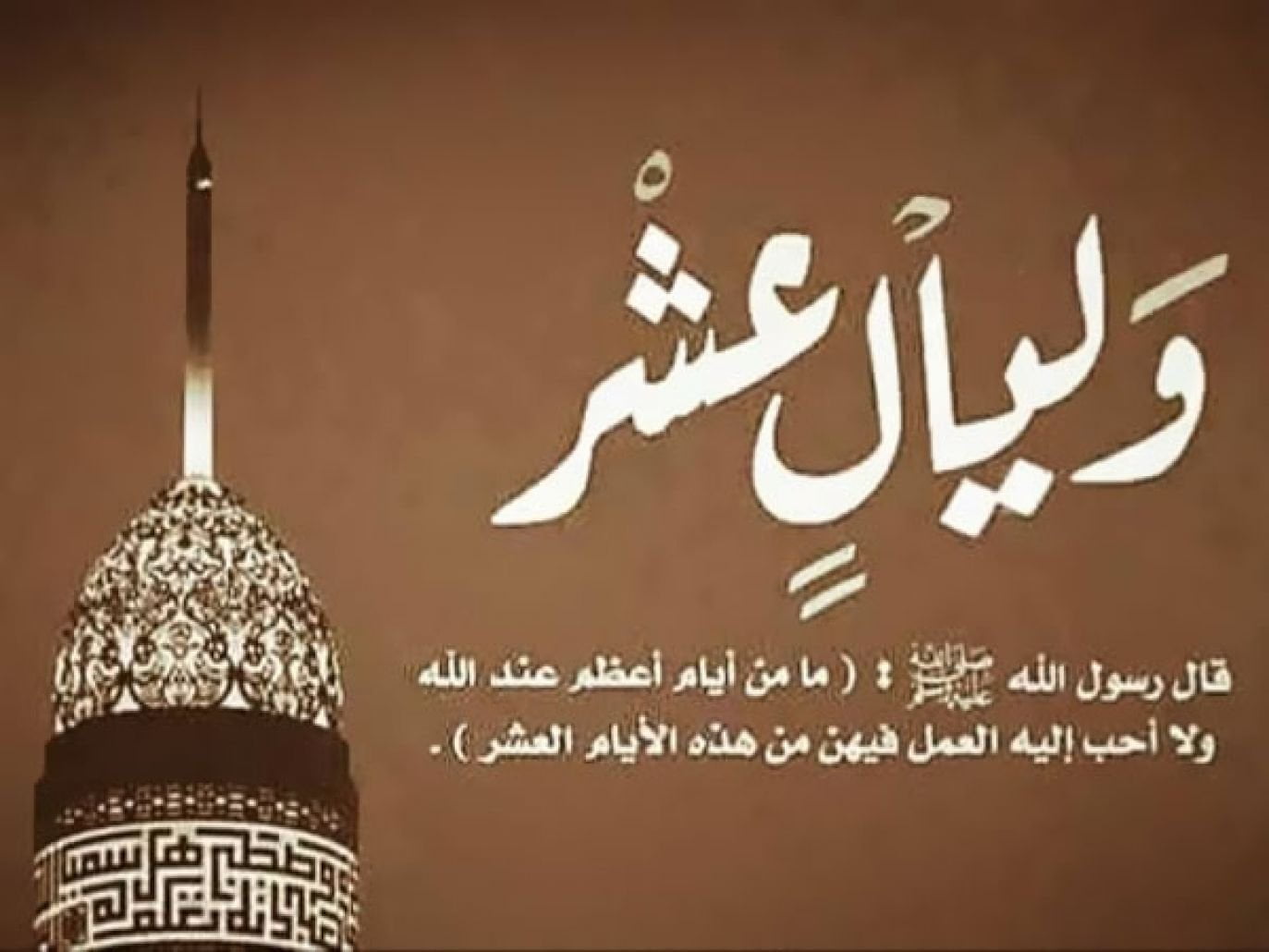 All praise and thanksgiving are due to Allah, the Most Merciful and Loving to Those Who Believe in Him.

One of the holiest months in the Islamic calendar is called Dhul Hijjah. Allah says:

Verily, the number of months with Allah is twelve months (in a year), so was it ordained by Allah on the Day when He created the heavens and the earth; of them four are Sacred, (i.e. the 1st, the 7th, the 11th and the 12th months of the Islamic calendar). That is the right religion, so wrong not yourselves therein, and fight against the Mushrikun (polytheists, pagans, idolaters, disbelievers in the Oneness of Allah) collectively, as they fight against you collectively. But know that Allah is with those who are Al-Muttaqun (the pious – ).

According to the narration of Abu Bakr (R.A.), Prophet Muhammad (S.A.W.) made the following statement:

“The system of dividing time has reverted to its initial state, which was in effect when Allah first created the heavens and the earths. Dhul Qadah, Dul Hijjah, and Muharram are the three months that immediately follow each other in the Islamic calendar; the month of Rajab of the Mudar tribe, which occurs between Jumada Al-Akhirah and Shaban, is the fourth of the twelve months that are considered holy in the Islamic calendar.”

There are certain days in the month of Dzul Hijjah that Allah has designated as the best days of the entire year.

By the morning after the tenth night

There are a variety of schools of thought among academics regarding how to count the 10 nights that are referenced in the verse. The interpretation given by the tafsir scholars in response to the three different viewpoints is as follows:

The majority of Islamic scholars, are in agreement that the first ten days of the month of Dhul Hijjah are referred to in this verse.

Good deeds performed during the month of Dhul-Hijjah are as follows:

According to the report of Ibn Abbas (R.A.), the Prophet Mohammad (Sallallahu Alaihi Wa Sallam) was quoted as saying:

“No good deeds done on other days are superior to those done on these (first ten days of Dhul Hijja),” the Prophet Muhammad (peace be upon him) said. Then some of the Prophet’s companions (Sahaba) said, “Not even Jihad?” He responded by saying, “Not even Jihad, except that of a man who does it by putting himself and his property in danger (for the sake of Allah), and who does not return with any of those things.”

The preceding Hadith demonstrates how vital it is for a Muslim to perform acts of charity during the first ten days of the month of Dhul Hijjah.

There have been a great number of other narrations that provide evidence of the efforts that our ancestors put forth in the form of worship during these days. Said ibn Jubayr, one of the most prominent Tabiin (companion of Sahaba) members at the time, recommended that people refrain from sleeping too much during these nights and instead devote themselves to prayer instead.

Everyone who identifies as Muslim and has the financial means to do so is required to perform the Hajj. As Allah says in Quran:

The ninth of Dhul Hijjah is known as the Day of Arafah and it is a day of fasting.

One of the most effective acts of worship that a person can perform is to go without food for a period of time. It is recommended to observe a fast throughout the first nine days of the month of Dhul Hijjah, particularly on the ninth, which is known as the blessed day of Arafah.

Although abstaining from food and drink on this day is not required, doing so is strongly encouraged. If you are able to, you should make an effort to observe the fast on the day of Arafah for the following reasons:

1. If you fast on this day, you will receive forgiveness for the next two years.

Whoever fasts on the Day of Arafah, his sins from the previous and following year will be forgiven.

2. The Day of Arafah is the only day on which Allah saves a greater number of people from the Fire than any other day. The words of the Prophet Muhammad (Sallallahu Alaihi Wa Sallam ), as related by Aisha (R.A.), are as follows:

There is no other day besides the Day of Arafa on which God delivers more servants from the torments of hell.” He moves closer to them and then praises them in front of the angels, asking them, “What do these want?

3. The supplication of a person who is fasting will not be rejected, as Abu Hurairah related that the Prophet Muhammad (S.A.W.) said that.

4. The chance to act in accordance with the Sunnah of the Prophet (Sallallahu Alaihi Wa Sallam)

Fasting on the day of Arafah is a confirmed Sunnah of our Prophet (Sallallahu Alaihi Wa Sallam), and by fasting, we will be following this Sunnah, as was mentioned in the previous section of this article. As Narrated by Anas bin Malik,

When I asked the Prophet of Allah (Sallallahu Alaihi Wa Sallam), he told me, “Whoever resurrects my Sunnah, then he has loved me.” And everyone who has loved me will spend eternity in paradise with me.

In accordance with the hadith, if we fast on the day of Arafah, we will be reviving one of the Sunnahs that our Prophet followed (Sallallahu Alaihi Wa Sallam)). Therefore, the reward from Allah will be limitless, and we will be able to spend eternity in paradise with our dearly departed Prophet (Sallallahu Alaihi Wa Sallam) ), which is our ultimate goal or destination.

During the month of Dhul Hijjah, there are many different ways that you can increase the reward that you receive. Remembering Allah, also known as dhikr, is one of the most straightforward ways to earn reward from Allah. During the first ten days of the month of Dhul Hijjah, it is a Sunnah of our Prophet (Sallallahu Alaihi Wa Sallam). ), which comes with a strong recommendation, to recite the following Dhikr:

According to Abu Hurairah, the “days well-known” are the first ten days of Dhul-Hijjah, and the “prescribed number of days” are the Days of Tashriq, which are the ninth through the thirteenth days of Dhul-Hijjah and are days on which individuals are permitted to eat and drink. This indicates that you are not required to fast on Eid al-Adha or the three days that immediately follow it, namely the 11th, 12th, and 13th of Dhul-Hijjah. In the days of Tashriq, Ibn-Omar and Abu-Hurairah would go to the marketplace and recite the Takbir (which translates to “Allah is Great”), and other people would follow their example.

Observing the Festival of Sacrifice, or Eid al-Adha, on the tenth of the Islamic month of Dhul Hijjah:

A large number of animals are sacrificed during the month of Dhul Hijjah, which is why it is also known as the month of the sacrifice. This is in addition to the fact that it is the month in which the pilgrimage to Mecca takes place.

On the tenth day of the Islamic month of Dhul Hijjah, Muslims celebrate Eid ul-Adha. During the festival of Eid al-Adha, Muslims remember the spirit of Prophet Abraham (A.S.), who was willing to sacrifice the person he loved the most because it was a command from Allah that he was obligated to obey no matter what.

It was reported that the Prophet of Allah (S.A.W.) made the following statement, and it was transmitted by Abu Huraira (R.A.).

“Whoever has the means to make a sacrifice but chooses not to do so, let him not approach our place of prayer,” the prophet said.

According to one of the narrations in the Hadith, a person who is in a position to make a sacrifice but chooses not to do so does not have the right to share in the festivities that are reserved for Muslims. It does not imply that he is excused from the obligation to say the Eid prayer; rather, it is intended to serve as a caution to him against giving up on the sacrifice.

From the time the sun sets on the final day of the month of Dhul Qadah until the sacrifice is finished on the day of Eid, the person who plans to offer the sacrifice is required to refrain from removing any hair, nail, or skin from any part of their body. The following Hadith makes the same point abundantly clear:

It was reported that the Prophet said the following, and it was narrated by Umm Salamah (R.A.)

Whoever sees the new crescent of Dhul Hijjah and wants to offer a sacrifice, let him not remove any of his hair or nails until he has offered the sacrifice,

We thank Allah for all of His Blessings, including:

One of the most significant acts of worshiping Allah is expressing gratitude to him in a manner that is heartfelt, sincere, and unceasing. After all, Allah is the one who bestowed upon you every blessing that you currently possess. Therefore, give thanks to Him for the blessing of Islam, the blessing of life, and every other blessing that you have. Please thank God for allowing you to participate in these events over the past ten days. Make sure you pray for His forgiveness, mercy, and direction.

In the days that are soon to come, there is much to be gained. Therefore, make the most of this wonderful opportunity that these priceless and irreplaceable ten days have presented you with. Be quick to perform acts of kindness, acknowledge the blessing, and make the most of the opportunity you’ve been given.