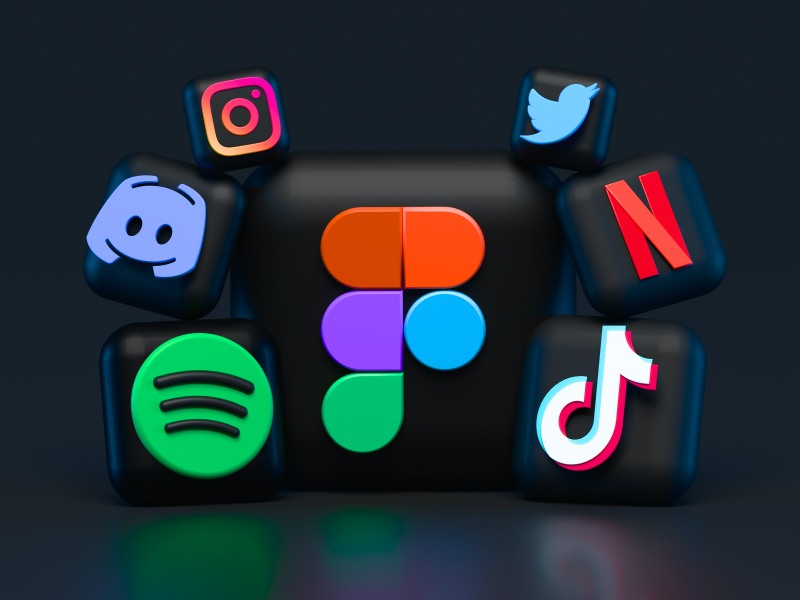 The so-called “digital explosion,” the ever-increasing number of people who use the internet, and the desire to achieve the highest number of views and click-through rates possible by pursuing intriguing scoops and mass viewing in order to maximize profits have encouraged websites to offer their “products” that would accomplish these objectives without the least bit of evaluation or research regarding the positive impact those products would have, thereby ignoring any and all of the guidelines, functions, and norms that are in place. This has given rise to

The majority of Internet users of all ages are drawn to the enticing virtual worlds offered by social networking sites such as TikTok, YouTube, Snapchat, and Instagram, among many other social media platforms. These online communities have evolved into the most welcoming and enticing places, and people from all walks of life have begun to congregate there in order to escape the monotony of their everyday lives and find relief from the strain of the fight to make a living. Taking advantage of the hectic nature of modern life allowed for the promotion of these websites in a way that was both simple and uncomplicated.

A lack of seriousness combined with an assault on ethics

Whoever visits these websites will undoubtedly become aware of the vast quantities of nonsense as well as the material that is considered to be silly, superficial, and unimportant. The majority of the videos and other forms of entertainment content that are uploaded to these platforms are geared toward the new generation. This is the generation for whom the incorporation of digital media and technological advancement into everyday life has become an essential component of life. Instead, in complete disregard for the real-life issues that are of concern to people all over the world, these websites continue to innovate and outdo themselves each time to produce Mindblowing “media or entertaining” materials, sometimes in terms of their triviality and frivolity and sometimes in terms of their morally degraded nature.

These websites take advantage of scandals, sensationalize events, and capitalize on people’s misfortunes and sufferings by making their private lives public, smearing them, and posting videos that invade their privacy. This practice can sometimes be likened to putting someone on ‘trial by media.’ These invasions of privacy are now being done as a means to generate good “stories” for paparazzi and websites, and they are only seen as a means to achieve high ratings and enormous revenues.

These websites take advantage of the users’ desires to explore novel and out-of-the-ordinary topics as well. The trivialization of the content that is shared on social media has become essential and the key to success in the eyes of the key players in the social media industry in order to ensure that they receive the appropriate and adequate attention from their users. This is because there is a perceptible chasing after whatever is unfamiliar and usual.

The fact that most of the people who follow these trivial social media accounts or watch the videos posted thereon, which display complete and utter superficiality, feel ‘full’ and saturated with the insignificant and trivial news is one of the most grievous evils associated with following these accounts on social media. As a consequence of this, they are unprepared to follow up on significant ominous news and remain current on the significant events that are connected to their lives and the conditions of their country. This means that their followers become marginalized people who live outside of their reality and are distracted from the important issues that they face in their lives as a result of following them.

In addition, there is an ongoing ideological conflict as well as a gross violation of our morals as well as social norms and traditions that go hand in hand with the immersive engagement with social networking sites, which covertly aim to tamper with the standards of our conservative societies. This conflict and violation go hand in hand with the fact that social networking sites are becoming increasingly popular.

The majority of those who follow such media on a consistent basis live in what is known as a “dual reality,” which exists between two different worlds: the real world and the virtual world. In their quest for fame or as an escape from a painful and frustrating reality, many of them imitate whatever they see in the virtual world. This is true of adults even more so than it is of children. They do this without giving any thought to the moral standards of society or the legal restrictions that are in place.

Another unintended consequence is that the “profession” of creating absurdity and triviality has become quite profitable, which encourages some people to put on an occasional display of madness or idiocy and other people to feign greatness and silly humor. This is an unfortunate development for a number of reasons, including the fact that it is one of the unfortunate consequences. We also find so-called “artists” playing the same role, exhibiting narcissism and dull pride, and assuming that money can earn them respect, attention, brilliance, and lasting fame… all of these efforts aim to get more followers and gain a fake fame that hides behind it “empty minds” and unstable unbalanced intellects, yet they attract large audiences, especially in the Arab world, despite the fact that the majority of viewers log in for the purpose of humor and entertainment

This immersion in the virtual world can have a variety of effects, some of which include the trivialization of thought as well as the marginalization of knowledge as well as seriousness and earnest work. The problem extends far beyond the simple infiltration of the media or the violation of a professional ethical code; it is significantly more extensive than that. Scientists, thinkers, doctors, and owners of’serious’ online platforms, whether on Twitter, Instagram, Snapchat, and other similar platforms, find very few followers who wish to benefit from their ideas, opinions, and knowledge. On the other hand, tens of thousands, and possibly hundreds of thousands of people follow the “triviality mongers” on social media, which is not at all a positive indicator.

Another harmful effect of unrestricted use of easily accessible websites is that they have become a source of temptation and corruption, an open space for the display of bodies, a breeding ground for promoting immorality and depravity, as we directly observe. This is a consequence of the widespread use of these websites by anyone who has access to them. We see brazen nudity and immoral practices that are being encouraged under the pretext of ‘personal freedom,’ but in reality, they strike at the very core of the moral ethics of Muslim communities and demolish all of the principles and values of our conservative societies. This is something that we see.

The first thing: I want to point out is that, while we are generalizing, there are social media platforms that offer excellent thought-provoking and helpful content, and some users are focused on fostering, seriousness, credibility, and social integrity, but they are few in number, have no real influence, and their voices are hardly heard in the midst of such tidal waves and loud noise.

Second: Iam generalizing, but I would like to emphasize that there are social media platforms that provide great thought-provoking and useful content, and some users

Third: the most effective method for mitigating the damaging effects of this type of media is to raise people’s awareness of the damaging effects of prolonged exposure to such nonsense and to draw attention to those effects. These kinds of efforts would cost website owners a significant drop in viewership and, as a result, a significant drop in the substantial sums of money that the websites generate. They only gained the confidence to cause this corruption after discovering others who supported and encouraged them in their efforts to cause it.

Fourth: The parents are strongly encouraged to protect their children from this filth and should “vaccinate” their children against the diseases caused by these pathogens and epidemics.

They need to instill in their offspring a sense of originality, sincerity, and reverence for both the human intellect and other people.

They ought to eradicate from their hearts any feeling of pity or compassion for those who oppose us while using our language and bearing names similar to our own.

Fifth: In addition, laws governing the media should be put into effect in our societies in order to protect our heritage, which is being discredited and twisted from within more so than it is from the outside.

Sixth: I would like to state that we are not opposed to entrainment, feeding one’s curiosity, or exploration; however, we are opposed to the trivialization of media content in order to cater to some shallow mentalities, and in order to lure adolescents to undertake unusual and often dangerous challenges… or in order to be platforms for promoting foreign decadent ideas that tamper with the ideology and thought of the Muslim youth.