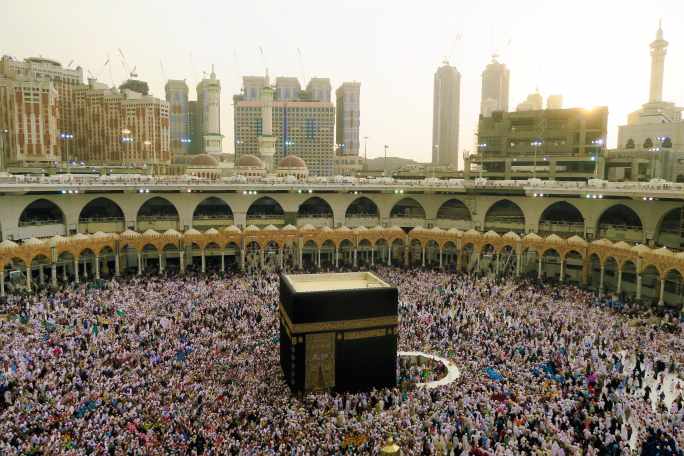 Allah, the one who was responsible for creating the universe, is deserving of all the glory. My conviction is that there is no other deity besides Allah, the All-Powerful, who is deserving of worship, and that Muhammad is both Allah’s servant and messenger.

Ibnu Qudamah, may Almighty Allah have mercy on him, supplied in-depth explanations of multiple points of view, as well as the evidence that supports each of those points of view.

If a person becomes obligated to perform the Hajj but passes away before doing so, the cost of performing the Hajj and Umrah on his behalf should be deducted from his estate. This should be the case regardless of whether the person failed to perform the Hajj because of negligence or any other reason. From what I can tell, the three of them were of the same mind regarding this perspective. On the other hand, Maalik and Abu Haneefah maintained that the obligation to perform Hajj is cancelled when a person passes away. Any money spent on Hajj that was paid for by the deceased should be deducted from their estate, but the total amount deducted from the estate should not be more than one-third of the total estate value. This stance was taken by these two imams due to the fact that Hajj is a religious rite that, similar to prayer, cannot be renounced until after death. When a woman asked the Prophet, sallallahu alayhi wa sallam, “Can I perform Hajj on behalf of my father?” the Prophet, sallallahu alayhi wa sallam, responded, “Perform Hajj on your father’s behalf” [An-Nasaa’i] Ibn ‘Abbaas also mentioned a woman who had promised to go on the Hajj but ended up passing away before she could fulfill her obligation. In response to the question posed by her brother, Muhammad (sallalahu alayhi wa salam) posed the following scenario: “If your sister had incurred any debt, would you have paid it?” The response was a positive one. The Prophet Muhammad (peace be upon him) used to say that if you are going to do what is right, you should do it for Allah because He is the one who deserves it more than anyone else. [An-Nasaa’i] …” [Al-Mughni]

It is not clear whether or not Ibn Qudaamah, may Allah have mercy on him, considered it obligatory to perform Hajj for the departed, but this is what he had to say about it:

“It is not permissible to perform Hajj or Umah on someone else’s behalf if one does not have the express permission of the person being performed on. This is due to the fact that, similar to the act of giving zaka, obtaining the adult Muslim’s permission before performing acts of worship on his behalf is required.

Donating to charity, for instance, is completely acceptable even in situations where it is not required. If we look at it from another angle, when someone on behalf of the deceased performs a worship act that differs from what he was asked to perform (for example, performing the Umrah instead of just the Hajj), those deeds can be legit and beneficial to the dead person because they do not demand the permission of the deceased to carry out.. On the other hand, in this scenario, we need the permission of a living person (when performing such acts of worship on his behalf). If a service is intended to be performed in honor of a person who is no longer with us, then it can only be done so for the benefit of the person who is performing the service, as opposed to honoring the person who is still here with us. The excitement (fidyah) that comes from fasting counts in the same way for the person who has fasted. [Al-Mughni]